A friend is moving from SF to Houston, and so he threw a blowout bash up in wine country.  We stayed in a sick mansion in Sonoma.  This place had every amenity you could ask for.  Hot tub, swimming pool with diving board, private ski lake, bouldering wall.


On Saturday, we all piled into a party bus and went touring to some vineyards.  I've been wine tasting before, but I don't recall any whiskey shots and bumping house music last time.  It was fun.  One of the guys was a member at Sunce winery, so we chilled there for a long time.  Very cool place.

My first ski edit - The Wall at Kirkwood

This is my first ski edit.  I think it's fun.  I went the entire ski season without filming anything, and decided to throw something together on my last day at Kirkwood.

A Pi Mile is basically just a 5k.  This blog is about badass things, and a 5k isn't badass.

I was out of shape the entire time I was an undergrad.  After I graduated, I started working out and I decided to run the Pi Mile race on campus as an alumni.  I worked my way up to running a Pi Mile in about 30 minutes.  Some other event conflicted with the race, so I missed my shot.  Afterwards I moved out of Atlanta.  For about a year my workout consisted of running a Pi mile followed by some lifting.

Anyway I started CrossFit, and ended up running less and less.  Now I don't really run unless it's part of the WOD.  One of the things I like about CrossFit is that it specializes in not specializing.  The idea
is that if you are in good shape, you should be able to approach any physical challenge and kick it's ass.

Today as a non-runner, I ran the Pi Mile in 27 minutes.  Not only did I smash my old record, but I came in 3rd out of a total of 18 people.  I think thats badass.

Jumping into the Pacific

Today I went to a team building exercise in the South Bay.  We did a high ropes course out in the woods.  It was fun.

On the way back to SF, I was driving up Highway 1 by myself.  I spotted this beautiful secluded beach from the highway.  It was cliffed out on both sides, so the only access is down a runoff trail. 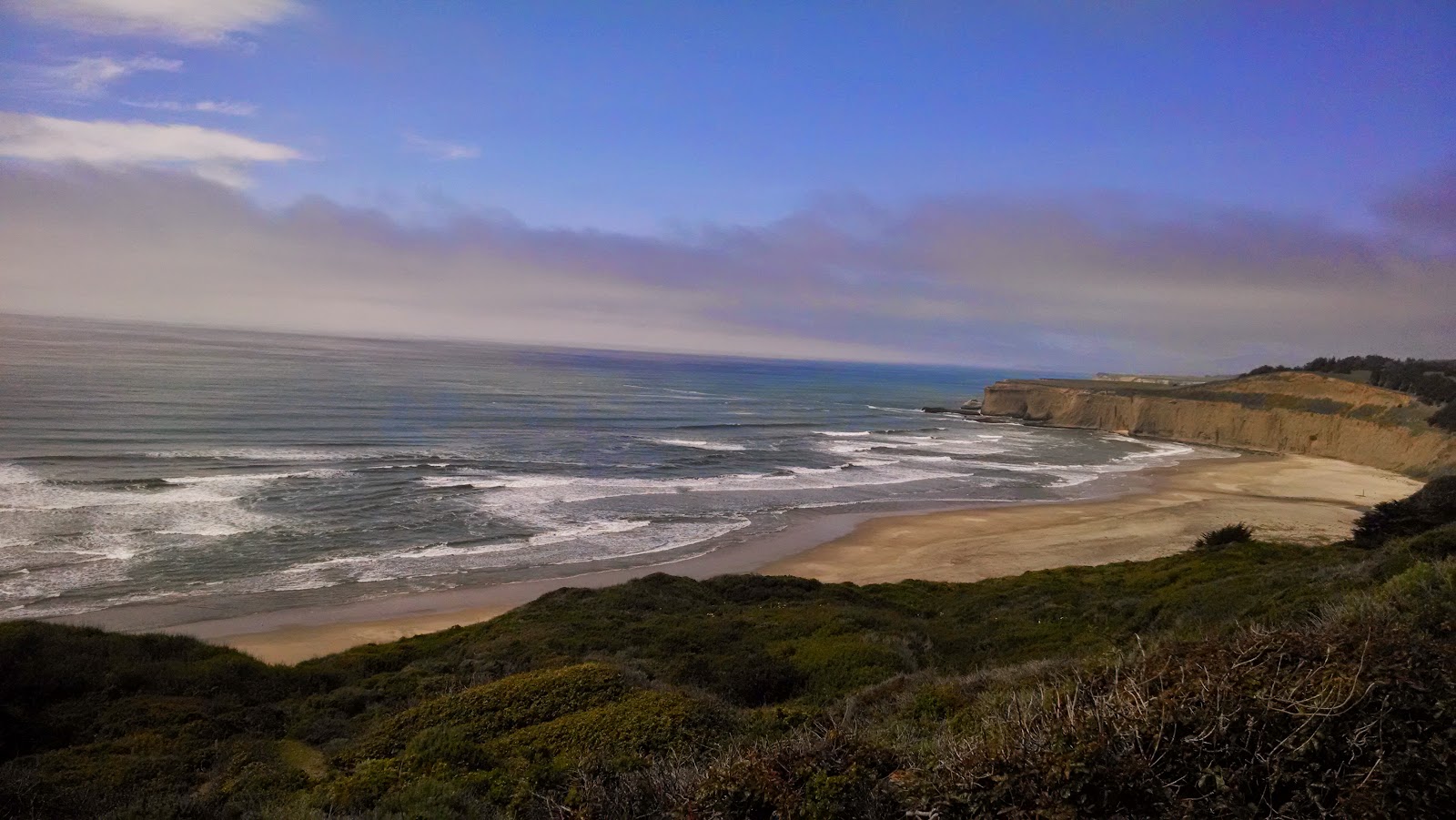 Thursday around 3pm and 70 degrees.  The beach was deserted.  I had to scramble down the "trail" on the cliff face.  It was somewhere in-between hiking and climbing, this beach must not see many people.

Since I had the whole beach to myself, I stripped off all my clothes, ran into the ocean, and howled out loud.  It was cold, but refreshing.  After a short swim, I climbed back up the way I came, and waved to a group of tourists taking pictures from their car.

Before we ventured out into the backcountry, we warmed up with a few laps in-bounds.  My friend showed me some new chutes.  One off of chair 10 called The Fingers, and another off of chair 6 called The Nostril.  Then we skied Vista, because we assumed it would have a similar aspect as The Cali Chutes.  The snow in Vista was super tracked out and sun baked, so we decided to not hike to the chutes and instead go over to another zone.


After our second run, a random lone snowboarder appeared on the other side of the valley.  He yelled to us "HOW DO I GET OUT OF HERE?"  We skinned over to him, and talked to him.  Apparently he ignored the ski boundary, and followed the path of another group.  No partner, no avy gear, no water.  We pointed him back in the direction of the resort on a skin track.


After we did another lap, we decided to follow the snowboarder's boot pack up the hill.  We were finished anyway, and we wanted to make sure he got back safely.  We didn't end up catching up with him, but his tracks led back down to the Palisades Bowl into Kirkwood.

When I moved out to California, my good friend Adi gave me this advice: "Every weekend in Cali is a vacation."  In my experience, this is true.

This blog is about documenting some of those experiences.