Yesterday, my team from work did an off-site in Point Reyes.  It turned out to be a super cool adventure hike.  A bit of caution first.  This hike involves climbing through sea caves, keyholes, and around cliff faces.  It's only accessible during negative tide.  If you don't have good beta on this hike, you have a good chance of getting stuck with your back to a sea cliff with no cell service and rapidly approaching waves. 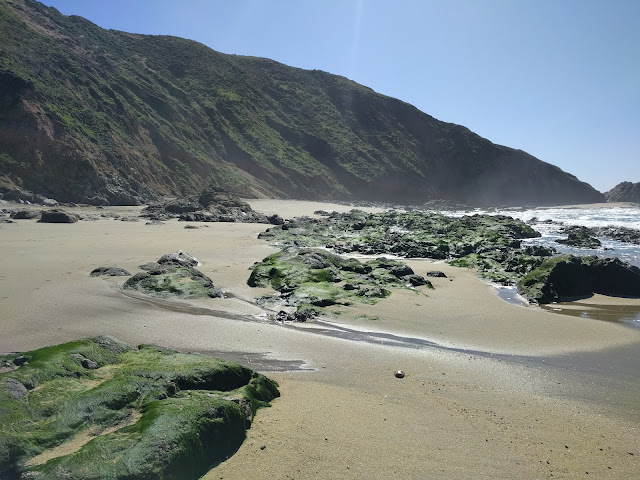 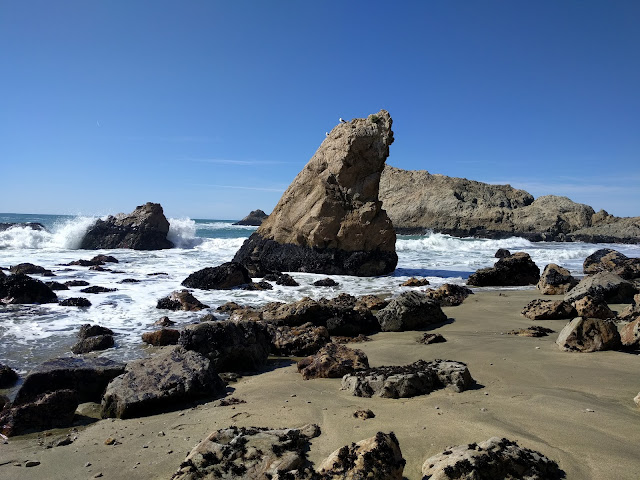 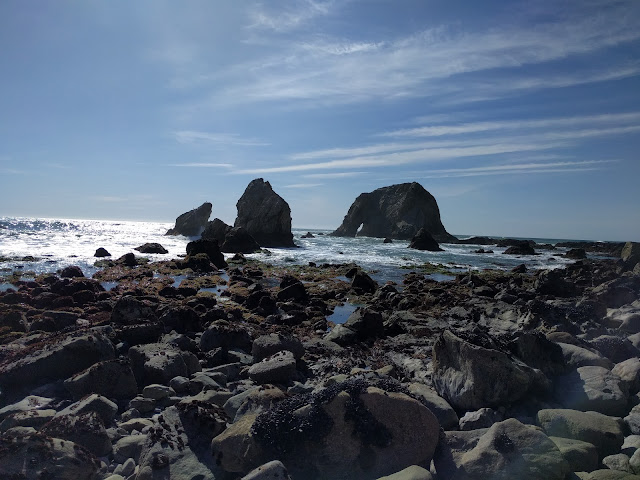 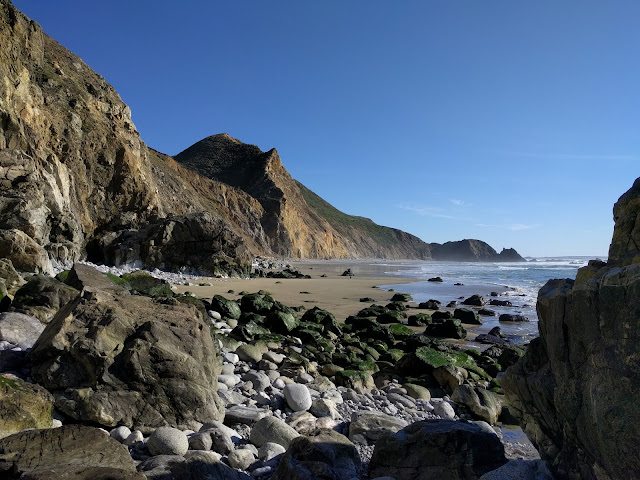 I drove up to Tahoe on Friday night, and everything was covered in a layer of snow.  Ok, it wasn't a thick layer, but it was cold and snowy.  I haven't seen it like that yet this year.

On Saturday, we skied Kirkwood.  We did have some luck in the usual stash spots, but whoever skied on Friday must have really gotten the goods.  It was really cold, and that's why this post is named "Winter has started".  I was at Kirkwood a few weeks ago, and it was 55 degrees and sunny.

On Sunday, we did a tour around Carson Pass.  We went up to the shoulder of Round Top, and the snow was really wind effected.  So we skied down, and went over to Elephant's Back.  The drop in at the top was a little nasty, but the snow was really good lower down.  This was my first tour of the year, and the weather was excellent.  Blue bird, 30 degrees, light breeze.  Great fun.

My wrist has been hurting recently.  I think it's because I spend too much time on computers.  I have been trying to rest it, so I haven't been riding recently.  I wanted something that would ease me back into it, but still be fun.

I rode the standard frontside loop w/ a trip up Echo.  I didn't notice any issues on the ascent, but once I descended past the power lines I heard a funky sound coming from the rear brakes.  I pulled off the rear wheel, and my brake pads were totally used up.  So I didn't use my rear brakes on the descent.

My ski pass is blacked out for the holiday weekend, so I stayed in SF.

I had a nice hike around McLaren Park on Saturday.  Easily the most under-rated park in SF.  I've only been a few times, so I was trying to explore parts of the park that I haven't visited before.  I did a 3.5 mile loop on the south side of the park.

On Sunday, we drove down to Huddart Park to do a loop around the Redwoods.  The trails out there are really nice, and I really dig the trees and moss.  Lots of Redwoods and Manzanitas.  We saw a few banana slugs as well. 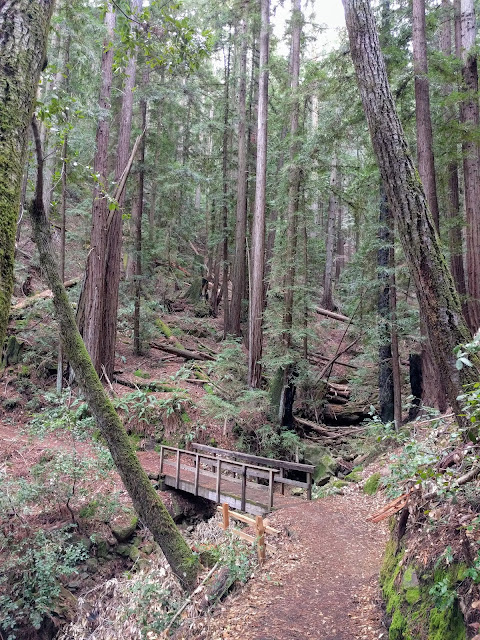 Well I came down with a cold after the annual Tahoe boys trip...

I've been cooped up inside for the last four days.  Too much netflix, chamomile tea, and time on the couch.  I had to get out today.  I was feeling better, but still not 100%.  So a walk around Lands End and Sutro Baths was enough to keep me sane.  I love this place 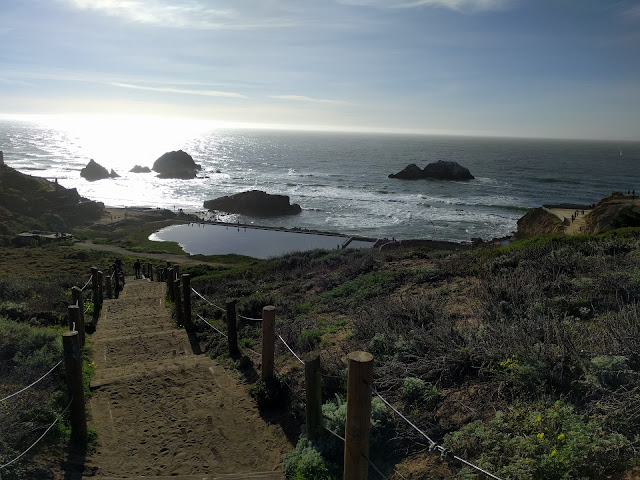 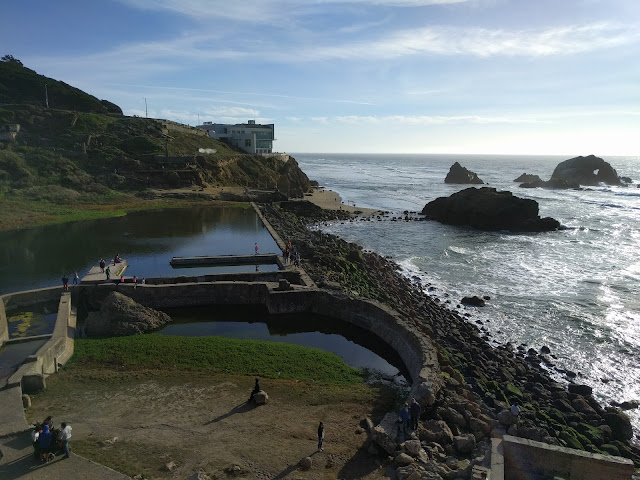 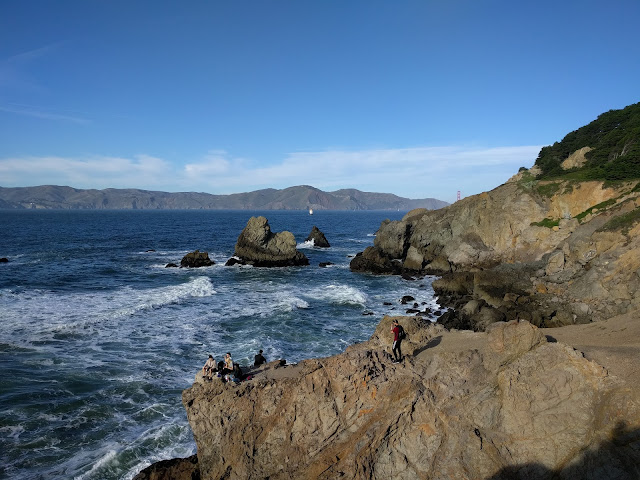 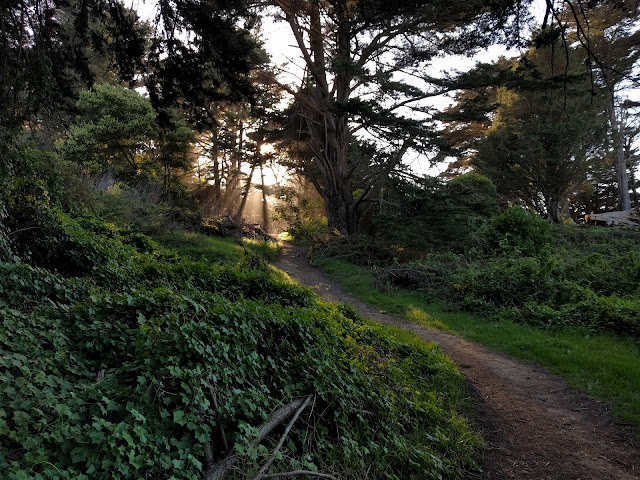 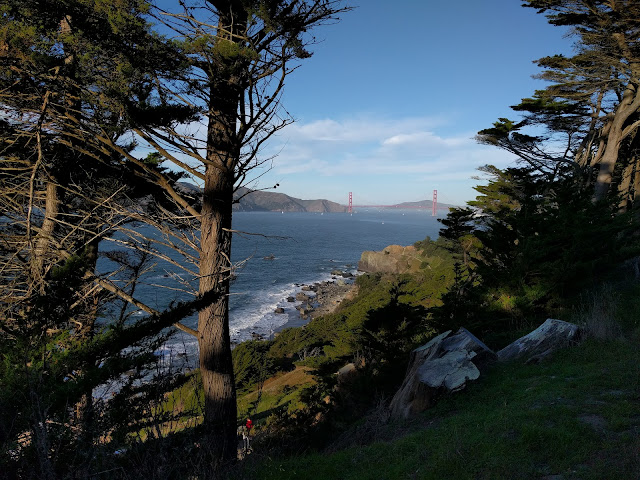 I haven't been up to Tahoe much this year, but this trip was planned far in advance and no one wanted to cancel.  I left SF on a Thursday night after work, and picked up the crew at the Sacramento Airport and we headed up to South Lake Tahoe.

On Friday we skied Heavenly.  Besides the views, Heavenly is kinda boring right now.  I have skied their early season terrain too much in the past.  I've enough of Dipper and Comet to last a lifetime.  At least I convinced the guys to not do it on a weekend.  Anyway we had a decent time.  Good views of the lake.


On Saturday, we drove up to Squaw.  Those day passes were expensive!  Conditions were spring-like.  Overall it was fun.  I didn't take any pictures, but it was a good day.

On Sunday, we skied Kirkwood.  Always my favorite.  It was so warm, that I skied in a hoodie.  It felt really good.


On Monday, the guys were tired, and so we took a rest day.  I planned for us to hike from Emerald Bay up to Eagle Lake.  We started the hike, and pretty soon it became apparent that there was too much snow and ice on the trail to make it up to Eagle Lake.

But even though the original plan was screwed up, we still managed to have fun hiking the small Eagle Trail Loop.  The vista was a really cool spot.

After the Eagle Trail Loop, we drove about 100 yards up the road to a different trailhead, and we hiked down to Emerald Bay. 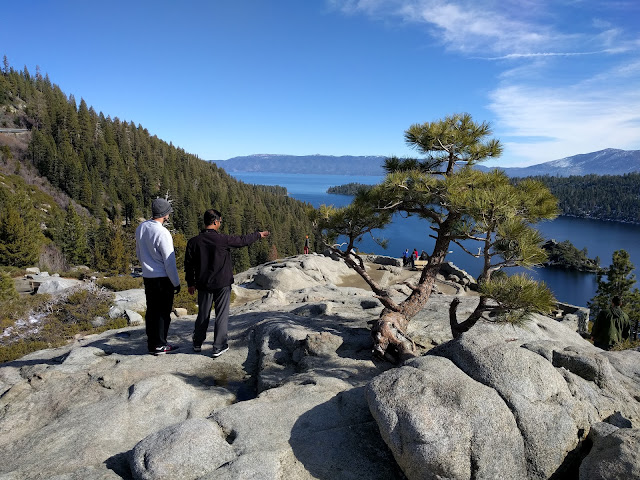 We had a contest to see who could hold their feet in the cold water the longest.  I only made it to 6 seconds, it's very cold.  After the hike, we drove back to the house and grilled up some lunch.  Then we packed up the house, and I drove the crew back to the Sacramento airport.