The snow situation in Tahoe has been bad for the last 4 years.  So we decided to hedge our bets this year with a trip to Hokkaido, Japan.  Niseko gets the most powder of any resort in the world.  While we were here, it snowed every day.  Currently my home mountain of Kirkwood has a base of 42 inches(106 cm).  During the week we were in Niseko, it snowed a total of 120 centimeters.

Day 0: Transportation
This was a long day.  And by day I mean from waking until bed.  Well over 24 hours, and two calendar days thanks to the the time zone change.

I took a Lyft from the Mission to SFO.  When the driver was on his way over, I called him to make sure that my skis(185cm Armada JJs) could fit in his Honda Fit.  He claimed they would.  Anyway we ended up folding the back seats up, and having them stick out the passenger side window in the back.  I was skeptical that it would fit, but it worked.  it even rained on the way to the airport.

The flight from SFO to Tokyo was fine, I just watched a bunch of movies.  I met up with Kaven in the Tokyo airport, and then we caught a flight to Sapporo.  Then we caught a bus from the Sapporo airport to Niseko.  Finally we got to Moiwa lodge late at night(Japanese time), and we crashed.  Daniel was already in bed when we got to the lodge.

Walked into the office in Annipuri, and showed them my epic pass, and picked up a free 5 day lift ticket.  We did two laps at the resort, and were really unimpressed with it.  Very flat.  Then we found the side country gates.  Thank god.  We ended up doing side country laps all day.  Really fun terrain, and good snow.  Wind prevented us from traveling to other resorts, didn’t want to take the bus.

We had a traditional Niseko dinner.

After dinner in Niseko village, hit the bed hard.  I was circling the drain at dinner, and the other guys kept asking if I was ok.

Day 2: First powder day
Maybe a foot of new snow.  We did laps on gate 7 all day.  The wind at the top was so cold that I ended up getting frost nip on my right ear.

Yakitori in Annapuri for dinner.
Day 3: Powder
Maybe a foot of snow.  Got first tracks through a glade off of gate 7.  Did laps in the sidecountry all day.  -10 degrees Celsius, and -30 with wind chill.

Izakaya food in Niseko village.  Delicious.  We asked the server, which dish was her favorite.  It ended up being taco rice.  Not my favorite, but we had some great food.

Day 4: More powder at Niseko
“Well, Niseko got nailed last night with 48-60cm of new plus plus of super dry crystal for the 24hr period. Still dropping as this goes to post. Low wind, its cold, its deep, its bottomless ! - Today is one out the box folks. Advise mask to breath between face shots and no faffing.” — Niseko snow report

We knew about a little zone that was holding good snow in previous days, but was a little funky to get to.  You had to take the quad and then do a little traverse around the edge of a boundary rope.  Since it wasn’t obvious/easy how to get there, we had it to ourselves for most of the day.

Daniel suggested we should pow farm it, so thats what we did.  Every lap, we would just ski the untracked snow to the right of our previous tracks.  In doing so, we conserved the pow for our next laps.  Daniel and Kaven went to eat lunch at some Soba place that was featured on one of Anthony Bourdain’s shows, and I kept farming the pow.  I did laps in that area all day, and only saw maybe 5-6 different people over there.  And I only saw one of those people return for a second lap.

The sun broke through the clouds, and it warmed up a bit midday.  This thickened the pow a little, but I’m used to that sierra cement in Tahoe, so it wasn’t a big deal.

I tried to film some go pro footage, but I’m not very handy with it.  I had it on a chest mount, and the lens would get covered in snow after one or two powder turns.  We were getting face shots all day long.

Onson.  We finally went to an onson.  I really enjoy hot springs.  Lots of naked dudes, but that comes with the territory.  Very relaxing.

We had dinner at an all you can eat BBQ place in Annupuri.  Most of the food is raw, and you cook at it a little grill on your table.  The sirloin was ridiculously good.  Very well marbled, and so tasty.  Also the fried chicken was insane.  I realize that sounds stupid, but it is a thing apparently.  We were stuffed.

Day 5: Moiwa and the rest of Niseko
We started off the day with the grand plan of skiing Moiwa all day.  My 5-day pass was still valid at Niseko United, but I was going to let the 5th day expire.

We warmed up with a few runs on the groomer, before the quad opened.  When the quad opened, we took it to the top, and dropped into a glade that was on skiers left.  The powder was a little heavy, but still skiable.  Then we took the quad back up to the top for some more laps going out of gate 10.  There was some decent snow, but it was warm and the snow kept getting heavier and heavier.  When we started missing turns, we decided that we should probably call it a day. 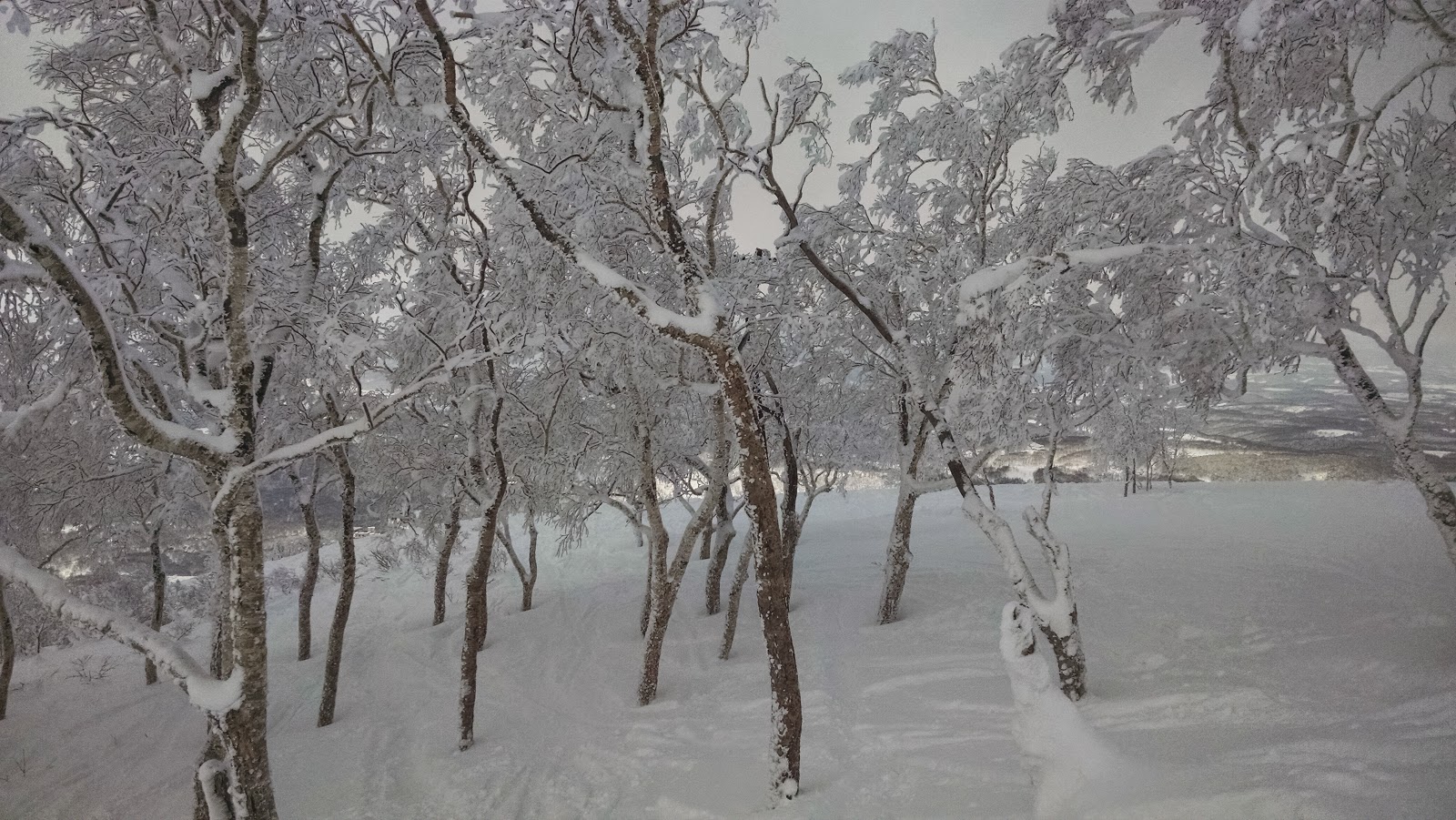 Since I still had my Niseko United pass, I decided to ski over there, and explore the rest of Niseko.  This was our last ski day, and we hadn’t gotten farther than Annupuri.  I took the lift to the top and skied over through gate 6.  There were some really retro lifts over at Grand Hirafu.

I made it all the way to the edge, gate 5.  There were a bunch of people traversing far away from the resort, so I decided to have a look.  I traversed out pretty far, and then I descended a bit, so I could get some speed.  Before long I noticed that I had dropped over a ridge, and no one else was really around me.  Shit.

I wasn’t sure if I skied down that I would be able to get back to the lift.  Then three dudes appeared, and I skied over to them to ask them.  I noticed that they didn’t have packs on, so they were almost certainly lost.  The first thing they asked was how to get back to the resort.  Damn.

So knowing the resort had to be back to my right, I traversed as far right as I could.  Eventually I came to a cat track, and I skinned up the rest of the way from there.  Finally got to use my skins on this trip.  Then I caught a few lifts to take me all the way back to the top, and skied down to Moiwa.

Niseko Retrospective:
A great ski trip.  We got lucky, and had great powder almost every day.  We learned that the Niseko resort skiing is mostly boring, but the sidecountry/backcountry is great.  Next time I would like to have our entire group properly outfitted for a backcountry trip, and I would also like to do a guided backcountry tour.

Moiwa lodge was a great place to stay.  Nice to get away from the big hotels, and they gave us so much good advice on where to ski and eat.  The other night, the owner even gave us a ride to dinner.  The owner Dirk is actually a famous cricket player, and he was super down to earth.  Everyone was just very helpful and awesome.

Dinner reservations were needed every night.  Normally on a ski trip, we would eat whatever we could scrounge up (think frozen pizza and beer), but the food in Japan is really really good and varied.  So we had to make the most of it.

Day 6: Travel to Tokyo
Bus.
Plane from Sapporo to Tokyo.
Met Israel for dinner.
All you can drink Karaoke.  Didn't get home until 4am.

Day 7: First full day in Tokyo
Went to the Imperial Palace and Gardens, and ate some delicious ramen.  This was my first day on my own in Tokyo, so I learned how to navigate the subway. 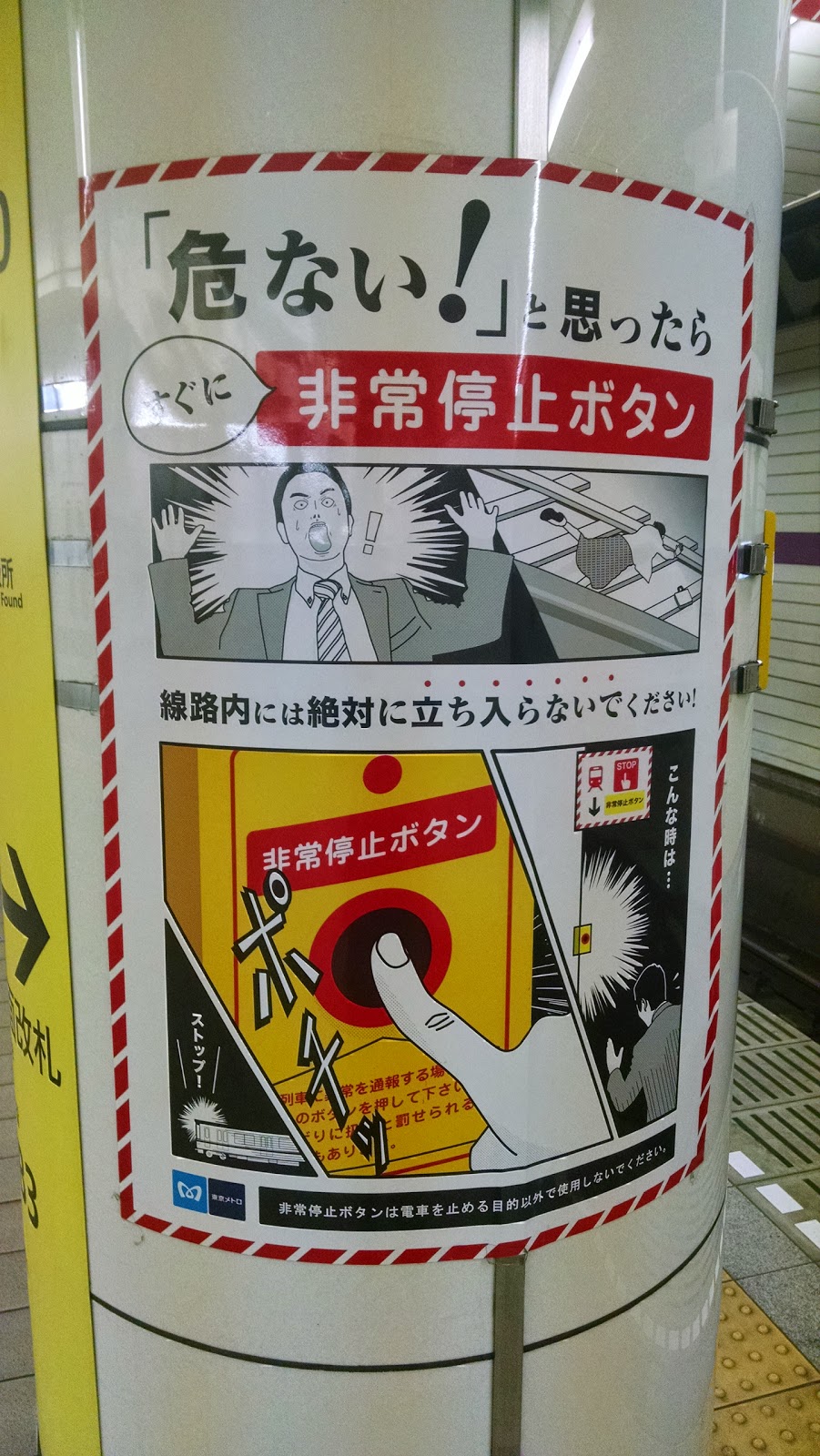 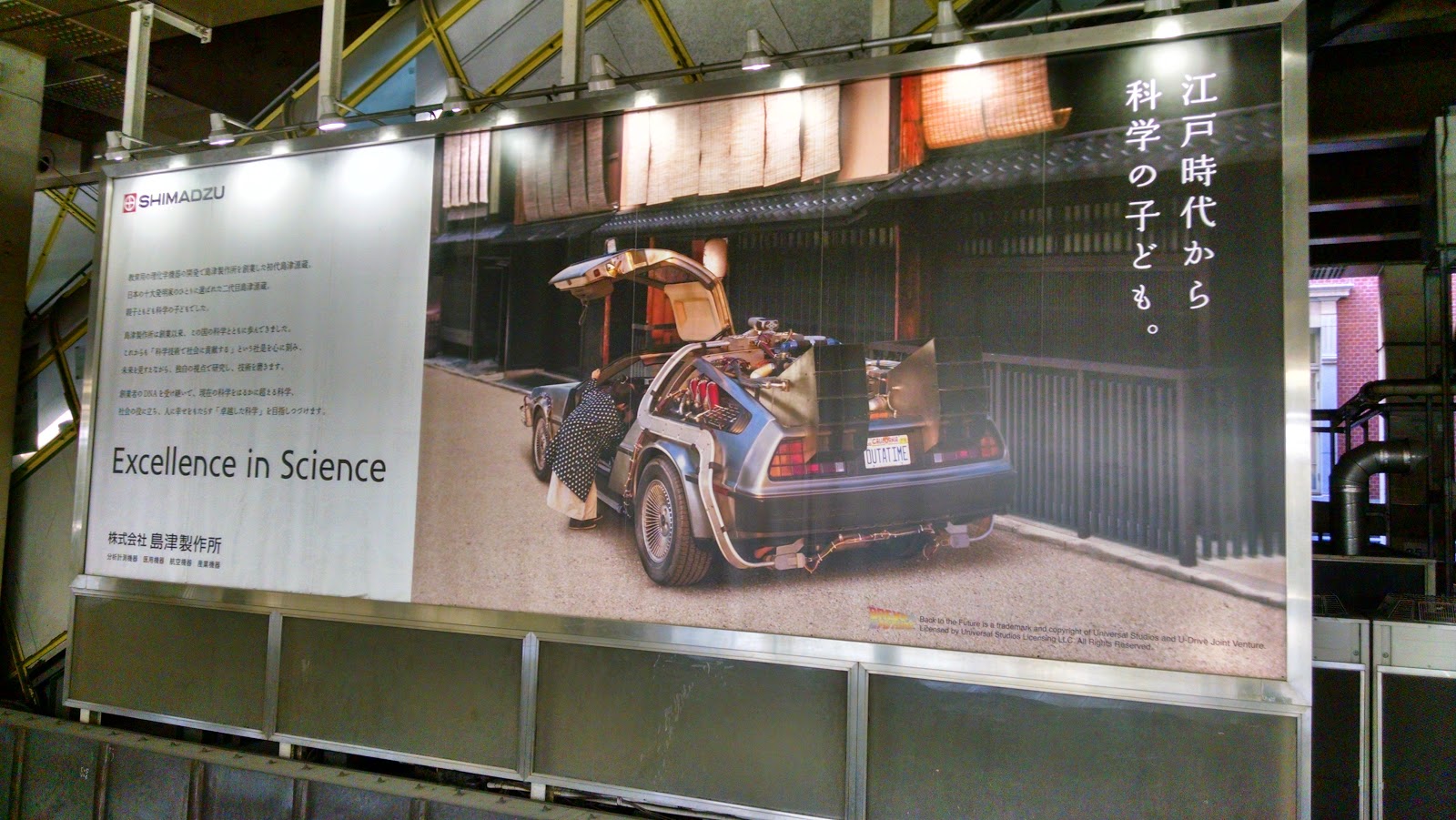 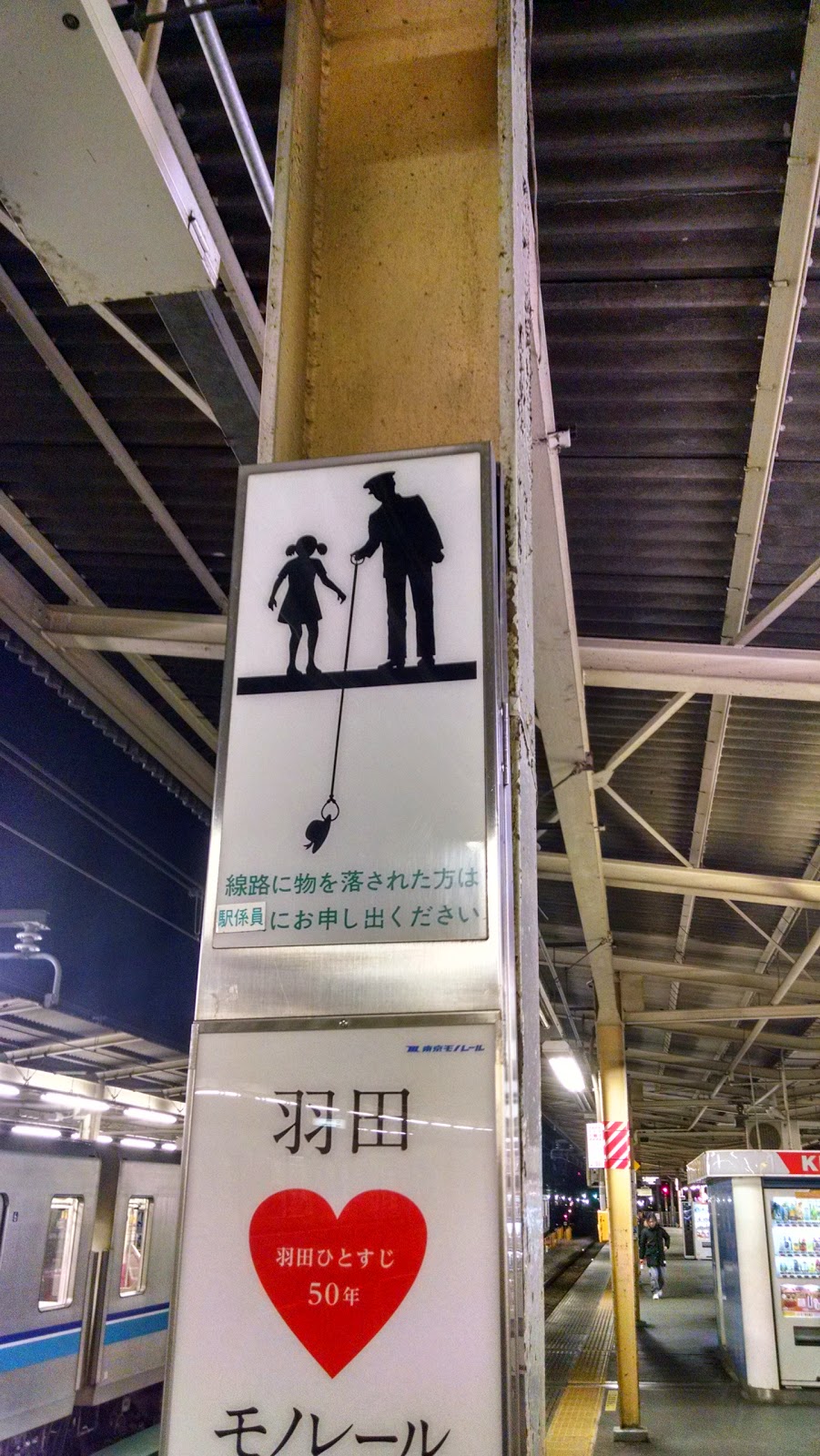 Day 9 and 10: Going back home
This was another one of those 24+ hour days.  Board a flight at 5pm one day, and get off the flight at 10am on the same calendar day. 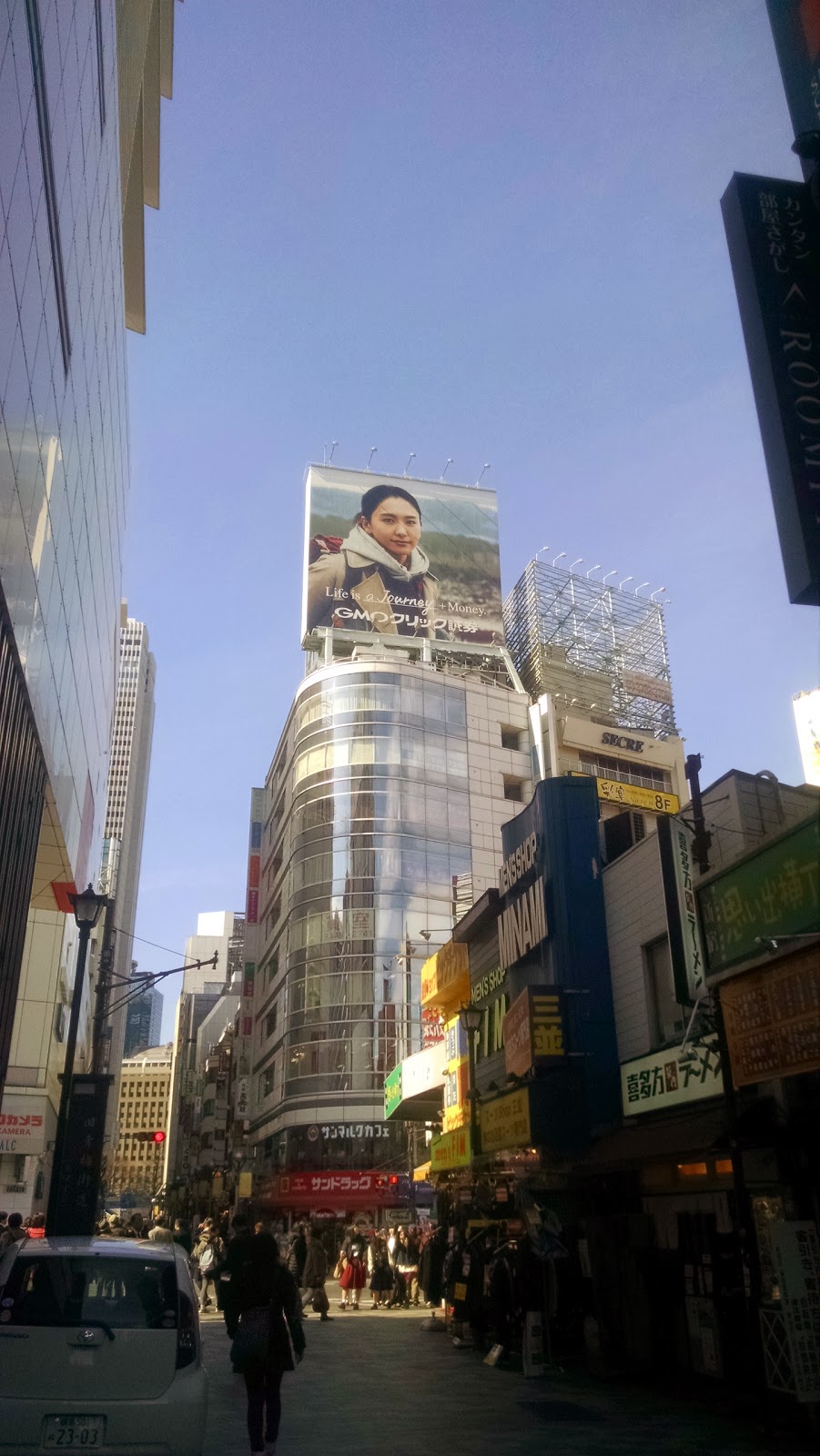 Trip Recap:
A worthwhile trip.  Got some great snow, some great food, and explored Japan for the first time.  I would definitely be interested in returning.