Eileen and I had intended to go to New Zealand this December, but it turns out that December is their high season.  By the time that we were looking to book the trip, we were already ~4 months too late.  Oops.  A friend of ours had recommended a travel agent named Katie.  I had never used a travel agent before, and I was skeptical.  But this trip was just what we asked for.  She set us up with an eco-lodge in Nicaragua called Morgan's Rock.

We flew into Managua, and were picked up by an employee of the lodge.  It is supposed to be a three hour drive, but the driver got us there in just over two hours.

The lodge was incredible.  I think there were 18 bungalows and the place has 4,000 acres of land.  There is a private beach and a lot of jungle.  They have their own farm that provides food for the restaurant.  Trails through the jungle for hiking and mountain biking. 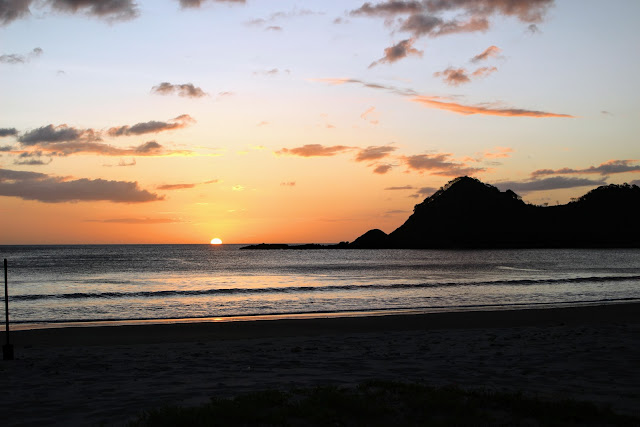 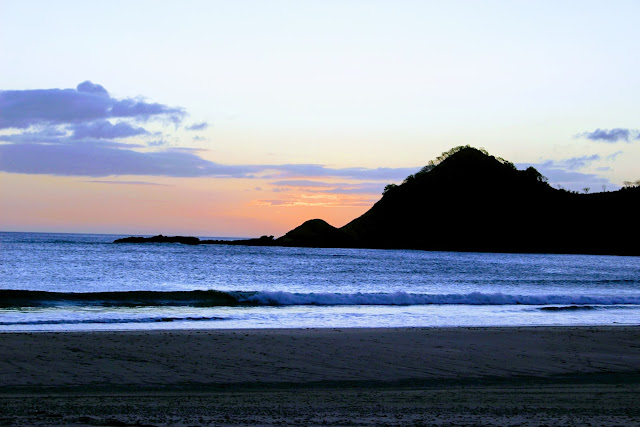 We did a lot of beach chillage while we were there, and had a private cabana.  Each day we would visit the beach bar, and have an excellent lunch.  We drank a lot of Toñas and other local beers.

Jungle biking
After breakfast I went over to the bike stand.  A group had just came through, and the only bikes left were a couple of medium 29er hardtail Specialized Hard Rocks.  I checked them out, and they seemed like their shocks were toast.  The brakes were cable operated disc brakes, and they didn't feel super responsive.  I took the bike out for about an hour on the trails.  Biking through the jungle is pretty damn cool.  In spots the trails were well maintained, but in other spots they were overgrown.  I think the map that I was using was out-dated and some trails on the map were reclaimed by the jungle.  I probably should have asked reception for some beta before I went out.  After an hour, I came back to the trailhead to refill on water.  I noticed that the other group had already returned, and the bike rack was full.  Now there were also a few large 29er hardtail Specialized Rockhoppers.  The bike that I picked up felt super new.  The plastic ring that would have held a price tag was still on the bike.  Better suspension, hydraulic disc brakes, and a lighter frame.  Definitely a better choice.  I imagine that the Hard Rocks were purchased as a bunch a few years ago, and the Rockhoppers were purchased much more recently.  I hydrated for a bit, since the Rockhoppers didn't have bottle cages and I didn't bring a hydration pack.  And then I took off for a few more hours.  I rode a bunch of singletrack and explored the property via the gravel roads.  I ended up finding some pretty fun trails.  According to Strava, I think I rode ~13 miles total without a whole lot of elevation gain.

Baby Turtles and Egg laying.  The hotel organized a trip out to a local beach that is known for sea turtles.  It was very dark on the beach and hard to see, but there were so many baby sea turtles.  You would be standing around, and then feel baby turtles on your toes.  We had to be very careful where we stepped.  After a while, some momma turtles started making their way up the beach.  We watched as they made it all the way to the dry sand, dug a deep hole with their flippers, and filled it with eggs shaped like ping pong balls.  Afterwards they covered the eggs with sand, and packed it down by smacking it with their bellies.


Monkey Quest.  We also took a private ride around the property in the back of a Jeep to look for monkeys.  It was so great.  We saw a bunch of Howler monkeys.  Every night we would hear these monkeys out in the jungle howling.  Including some little babies.  Even the babies were great climbers.  And we also saw some spider monkeys, which were much more skittish.  When they were spotted they instantly bolted.  Excellent jumpers.  We also saw iguanas, a porcupine, and lots of different birds.