Havasupai is a Native American Reservation in Arizona.  The Havasupai Tribe now live in Havasu Canyon, which contains a campground and some of the best waterfalls on earth.  The water stays about 70 degrees year around, and has a strong blue-green color.  The turquoise water is caused by the high mineral content in the water.

The land is owned by the Havasu Tribe, and they don't follow the same rules as the NPS.  "Visitors to Havasu Canyon assume all risks while in the canyon and should come prepared."  This was one hell of an adventure, and I look forward to seeing what trip the crew embarks on next year.

Thursday:
I flew from San Francisco to Orange County, CA.  Met up with Nick at the airport, and the crew picked us up.  We then drove all night to the trailhead.  Not much sleep.

Friday:
We arrived at the trailhead around 6am.  Got started hiking around 7am.  For the entire hike to the campground, we had our backpacks. 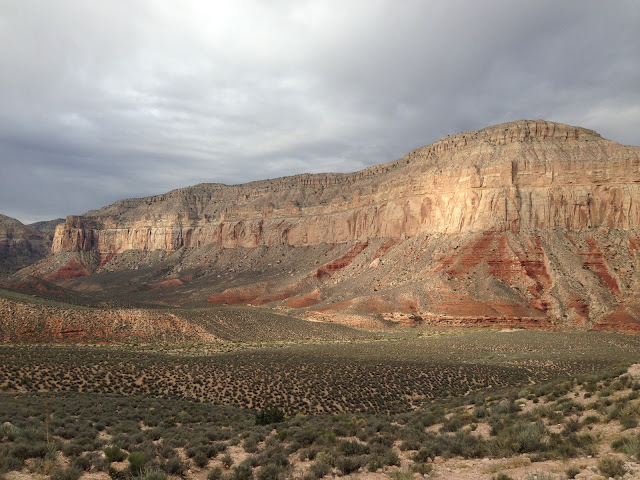 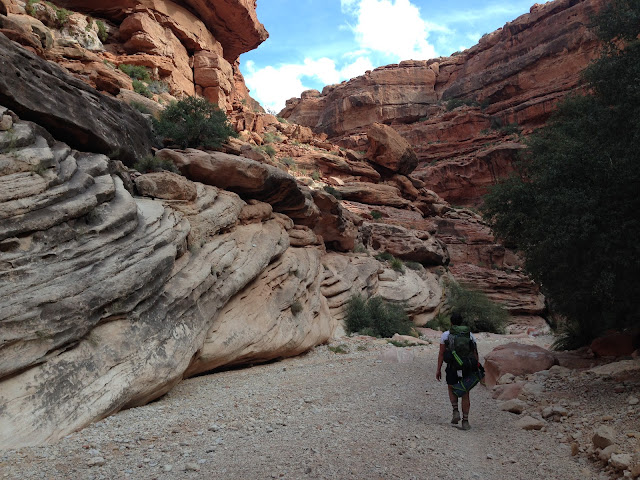 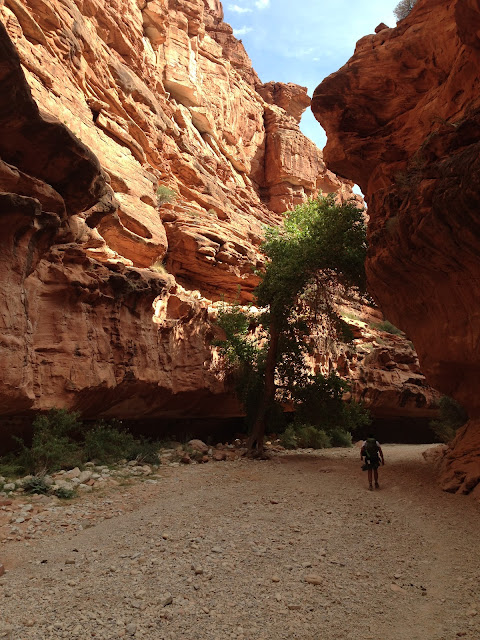 We hiked 8 miles through a lot of canyons, and finally made it to the village, Supai.  Supai is very poor and simple.  All goods are brought in by helicopter or by pack mules.  There are no roads that lead to the village.  In fact, the road just to get to the trailhead is 60 miles of desert highway off of Route 66.

We stopped by the tourism office, which is kinda just a shack, and checked in for our reservation.  It was then that we learned that the helicopter could shuttle our packs from the village to the trailhead.  We left the village in search of a good campsite.  The campground is first-come first-served, so we had to search a bit for a good spot.

After hiking another 4 miles from Supai, we finally found a camping spot right as it started to rain.  A lot of our stuff got wet.  Because of the rain, and after getting only 2 hours sleep the night before, everyone took a nap at around 5pm.  The rest of the crew didn't get up from their "nap" until the next morning.

At 8pm, Nick woke me up and we went for a night hike in the rain.  We made it to the top of Mooney Falls, but couldn't see anything in the darkness.  Later we found out that the falls were just too damn big to be illuminated by a pair of headlamps.  We walked back to camp and retired for the night.  It kept raining lightly.

We made some breakfast, and walked back up river to Havasu Falls.  We found some jumping spots, and swam around in the water for a few hours.  We noticed one or two groups come check out the waterfall, but no one else even went in the water.  Private waterfall and swimming hole?  We'll take it.


We walked back down river to camp, and made some lunch.  Then we walked to Mooney Falls.  When we got to the top, the sky didn't look friendly.  Some people warned us not to go down if it started raining.  Someone in our group had to run back to camp to zip up their rain fly.  While we were waiting, it started to rain a bit, so we waited in a small dry cave.  By the time the group was all together again, the rain had cleared up.


After we descended the side of the canyon to get to the bottom on Mooney Falls, the weather ended up being fine down there, and we chilled there for a long time.  Swimming, snacking, etc..

We did a small nature hike downriver.  Some of the trails are ridiculous.  Be prepared to scramble up and down rock faces, caves, cross rivers, etc..


The water distributes the mineral deposits at the top of all the waterfalls in such a way that it forms a perfect rim.  It's cool because it creates a pool above the waterfall, and it makes the waterfall really ride.  It's actually really easy to walk along the rim of the waterfalls that have shallower water.

Eventually we went back to camp, and fixed some dinner.  Ryan got out his phone and we watched The Incredibles, and a couple episodes of Family Guy.

After dark, we laid out on the picnic tables and watched the stars for a bit.

This was the day of our big day hike to Beaver Falls.  I think Beaver Falls was about 7 miles from our campsite, so it was ~14 miles round trip.


TODO: get GoPro footage from Adi.  Some good cliff jumps are on his GoPro.


We had heard stories from other hikers that Beaver Falls can get crowded.  But besides our group there was only one couple there.  And they actually left after an hour, so we had the place to ourselves.  Sweet!  Another private swimming hole. 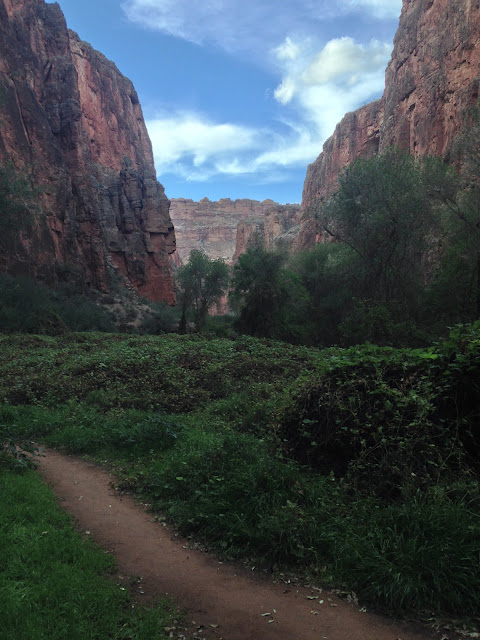 We ended up with some extra food, so instead of carrying all of the food back out, we decided to have a feast for our last dinner.

After dinner, Ryan got out his phone again, and we watched Despicable Me 2.  It still cracks me up that we had movie nights.

After the movie, Jeff, Adi, and I went to go explore a cave in the canyon wall.  It was near our campsite, and we had been curious about it.  When we went to explore it earlier during the day, we didn't have headlamps and couldn't see very far inside.  We climbed up the wall to the mouth of the cave, which is actually a lot harder during the night.  From the entrance, we could only see back about 15 yards so we weren't sure how deep it was actually going to be.  We kept walking, and the cave went back deeper and deeper.  Due to the bends of the cave, we couldn't tell how far it was going to go.  It kept getting more and more tense the further we went.  On the way back I counted 82 paces from the back wall of the cave to the mouth.  So we think it was probably 160+ feet deep.

When we went to bed, the view of the stars was amazing.  We could see the milky way, and there wasn't a cloud in the sky.  Or at least the sliver of sky you can see from the bottom of a canyon.  After we went to bed, it surprisingly rained really hard that night.  Crazy thunder and lightning.  One of the guys said a bolt struck within a 100 yards of our camp.  I remember the thunder from that one, but I was in my tent at the time, so it just looked like another flash.


After we got back to the car around 5pm, there was some celebration before we started the 8 hour drive back to Orange County, CA.  Everyone was pretty exhausted, and we didn't get back to Adi's place until 1am.

Tuesday:
I woke up at 5am, and caught a flight back to San Francisco.  Home at last.  Time to sleep.